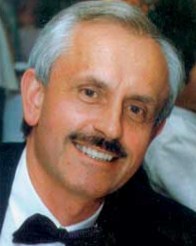 The Real Estate Studio Haupt has been on the housing market in Genoa since 1970.

The owner, Enrico Haupt, is enrolled at the local Chamber of Commerce, in the Role of Agents in Brokerage and Role of Experts and in the Register of Technical Consultants and Experts of the Court.

He joined FIAIP (Italian Federation of Professional Estate Agents) in 1976, holding many positions local and nation-wide that gave him a deep knowledge about the real estate panorama in Genoa and Liguria. That’s why Studio Haupt is one of the most qualified companies in the field.

Currently he is FIAIP’s Councillor for the Province of Genoa and the Region Liguria.

During 1983/97 he has been director of the national magazine “The real estate agent” (enrolled in the special Order of Journalists).

Since 1994 he has been member in the local Chamber of Commerce of the Commission for holding the roles of Real Estate Agent (nowadays deleted).

Since 2001 he is representative of FIAIP in the Real Estate Chamber of Arbitration.

Since 2004 he has FIAIPS’s proxy in the Consultative Commission for OMI at the Land Agency of Genoa and the Permanent Council for Building in the Province of Genoa.